I blogged on the 23rd April saying that I had decided to lose the 10lbs I'd regained since I lost it all originally in 2011, with the aid of a little product called Kilo Off. 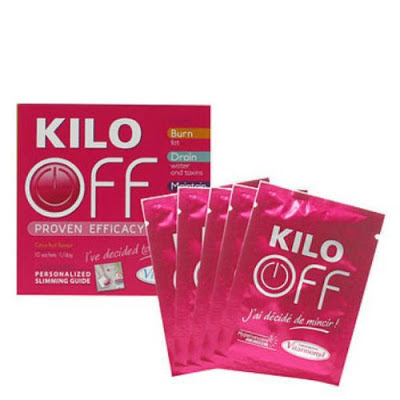 Kilo Off is a weight loss aid in the form of a citrus fruit flavour drink. It claims to help burn fat, drain water and toxins, and maintain a flat stomach, as well as reduce hunger pangs. I can't particularly confirm any of these as I don't have one of those big tweezers that measures fat, I can't tell you if I'm less full of toxins, and my stomach isn't exactly flat, but I CAN confirm that I am a lot thinner than I was, AND my stomach is the flattest it's ever been, but isn't flat as a pancake just yet. Hopefully that'll change when I cram in a quick dose of my 10 Minute Solution DVDs that target the stomach area.

You're supposed to take Kilo Off for twenty days, having one sachet mixed with a glass of water every day. Afterwards you're supposed to take another 20 days off from drinking it, and then resuming for another 20 days if you have more weight to lose. Today is my 20th day on the sachets, I'm due to have my last one in a couple of hours (the Kilo Off packet comes with an information pamphlet which has a test you can take to determine when you're most likely to snack, and then gives you a time slot to drink your sachet in around this time), and as of this morning I've lost 8 lbs.

I'm quite proud of that, but I still have 4 more to lose to get back to the weight I was for my Zante holiday in 2011 (I mis-calculated when I said I had 10 lbs to lose in my previous post, I had actually gained 12). 8 lbs in 20 days is about/just under 3 lbs a week, which is a healthy amount to lose per week, if not a little more than recommended (most diets recommend 1-2 lbs per week).

I combined the Kilo Off with pretty much no exercise, despite my initial intention to do so. Fact of the matter is, I was torn; I've had four assignments due in over the past three weeks so I've stayed at my parent's house to write them as my boyfriend's flat in Wales doesn't have internet, but the gym he and I are signed up to is in Wales. My education is slightly more important (although a hell of a lot more depressing) than exercise, so that's taken a priority, and has left me super tired recently so I haven't been able to wake up early enough to squeeze in some tummy toning, although that HAS to change this week for my new crop top!!

So essentially I've combined this drink with a diet, although I couldn't break my new vice of two cans of regular Coke a day. But, I did swap out toast for a banana for breakfast, lunch has become a chicken salad, and tea is a normal meal like spaghetti bolognaise or chicken curry with rice, or something along those lines, with no junk food (except for one or two really small and rare treats as I got all the sugar I needed not to snack from Coke), and at least three pieces of fruit a day to snack on. Oh, and lots of water, of course :)

I would definitely say it works. The first time I used it I got to my lowest weight almost within a decade, despite spending the majority of those years trying to do just that. I would completely recommend this to anyone trying to lose weight, although I can't stress enough that YOU HAVE TO DO ALL TWENTY DAYS. In a row. Even if you miss your allotted optimum time. No excuses. 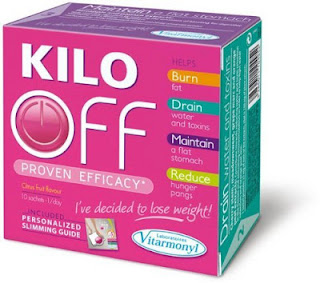 I still have six days left until Barcelona, and with my rate of weight loss at about half a pound a day, I'm hoping to be at least super close by 1 lb or so off to my goal weight, and still lighter than I was a few weeks ago when I come back from Spain, in spite of loads of paella and beer.

You can buy twenty sachets from HQhair or Look Fantastic, who both have a nice little offer on! :)

Are any of you trying to lose weight for holidays or for summer? I hope this helps you slightly if you are!